New Team in WBC? Get Lost! 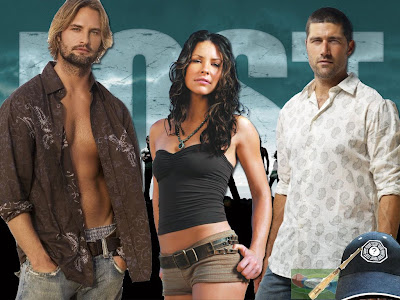 The Chinese Taipei team is out of the World Baseball Classic. Chinese Taipei was voted out of the WBC this week by confused phans who didn't grasp why Taiwan, just couldn't go by the name Taiwan in the world of sports. To avoid confusion and fan unrest, WBC officials and Phillies blog magnates have found a new team to play in The Classic. Lost Island will field a team for the first time in organized sports. Lost's head coach Jacob will rely on slick fielding Korean import Jin-Soo Kwon, veteran pitcher John Locke, slugging thirdbaseman James "Sawyer" Ford and slugging outfielder Sayid Jarrah to compete with the likes of China, Korea and Japan in the Group A bracket. Lost Island's Department of Heuristics And Research on Material Applications is said to have played a major role it getting this team its place in the WBC line up.

Lost Island will make history in multiple ways, other than being the first replacement team. Speedy infielder Kate Austen is slated to be the first female to play in a WBC game. Kate is rumored to be in the very early stages of pregnancy with a teammate's child, but it won't stop her from playing. Relief pitcher Jack Shephard has been linked to Austen most recently. The ageless wonder, Richard Alpert, acts as coach, scout and firstbaseman for the team. He's the only WBC player pulling triple duties. The Lost Island team's batboy, Aaron Littleton, is four-years-old. Littleton will be the youngest batboy in this year's WBC.

Hitting coach Christian Shepard, Jack's father, is confident that Lost Island's bats will prove to be their team's strong point. Christian claims that Lost Island will be using bats made out of a coffin he once inhabited (don't ask), and that will prove deadly for the opposition. Some media sources and internet bloggers have suspected an odd connection between Christian and team manager Jacob. Details on that are purely speculative, however.

Baseball experts are not giving Lost Island much of a chance this year, but starting catcher Hugo Reyes feels differently. "Dude, we definitely got, like, a shot", Reyes said. Starting pitcher Desmond Hume said this about Lost Island's squad, "It's a grand old team, and there's going to be a show, brotha!" "Sawyer" Ford had this to say when asked if Lost Island stood a chance: "What do think I'm gonna say, Hoss?" Point taken, Sawyer. Female viewers may not appreciate it, but hopefully, Sawyer can keep his jersey on long enough to win some baseball.

Anonymous said…
i would definatly watch the lost island wbc team
chris mac
February 22, 2009 at 11:06 AM

Anonymous said…
Ha ha...this is great. How do we make this happen? I would love it!