PhoulBallz Interview: Eric Pettis On Being Cut & His New Book 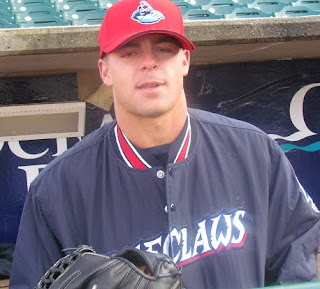 Eric Pettis proved that even 35th round draft picks can make a name for themselves. In roughly a year and a half in the Phillies organization, the UC Irvine product posted a 10-3 record, a 2.17 ERA and 12 saves with 122 strike outs in 128 2/3 innings pitched. Last week the Phillies surprised many by releasing the 23-year-old who was selected late by Philadelphia in the 2010 amateur draft.

With the bad came some good, however, as Pettis announced the release of his first book. Available in electronic formats, Just a Minor Perspective: Through the Eyes of a Minor League Rookie, became available to the public last week.

With his newly found free time, Pettis was able to answer questions about being cut by the Philadelphia organization as well as a few inquiries about his debut as an author. Read ahead for that exclusive interview.


Many people were surprised to learn of your release from the Phillies organization this past week. I imagine your were more surprised than anyone. Can you talk about learning of that news and your reaction?

It's been talked about a lot during spring training that everyone fears the "walk of death" on cut day. For me, it was the scooter-ride of death. It was just a normal day for me riding in to the complex early in the morning. I approached the coaches sitting near the entrance of the team offices and fully expected to pass them without a second look, like I had on previous cut days. But, as I got nearer, they stood up, stopped me, and said, "They want to talk to you". Despite the vagueness of their sentence, there was no need for me guess what they meant. I folded up my scooter and walked into the front office in complete disbelief. I waited in the lobby as the other released players were told their bad news with the pitching coordinator by my side. While there were many thoughts running through my head, I couldn't bring myself to speak up. After a few excruciating moments, I managed to give a chuckle to express my shock. Then it was my turn, I was called into the office to face the brass and my Phillie death.


You fielded some questions on Twitter about this, but for those that don't know, what reasons were your given for the release?

I was told that it was strictly a "numbers thing". The organization was really backed up with relievers this year and they "decided to go younger". They told me that "I've done well" and that their decision had nothing to do with anything I had done this spring.


Do you feel there was more to it? And can you elaborate?

I don't know if I can say there was more to it, but I certainly don't buy their explanation. If what they told me was 100% true, then many more who were in a similar situation would have been cut as well. I think it boils down to my skill-set not fitting into the plan of the new man in charge (Joe Jordan, director of player development).


Clearly, you'll catch on with another team. What can you share about your future & how long before you're suiting up for another club?

I wish it were that easy, but this is just a really bad time to try to get on with someone else. Everyone has made their final cuts and their rosters are pretty much set. However, my agent has contacted every team to make them aware of my situation. Many have said they are interested, but no spots are available at this time. Hopefully in the near future a spot will open up and I can get the ball rolling again.


In the meantime, you'll be able to invest a little time in publicizing your newly released e-book. Talk about that project and what led you to putting it together?

My book, Just A Minor Perspective, was something that happened really organically. Since I was drafted in 2010, I had been blogging about my experiences in the minor leagues. I had gotten a lot of positive feedback about my blog and my site and realized there was a lot of interest in my "inside view". My aunt, who is an accomplished author herself, first sprung the idea of writing a novel to me. My blogs would offer the building blocks and I would just have to fill in the empty spaces to make a coherent story. I figured I didn't have anything to lose so I dove head-first into the process.


What can baseball fans expect from this book? Inside stories about teammates? Anything juicy?

The book offers readers a chance to experience the events of my first year in pro-ball as I experienced them. I really wanted to them to feel what I felt as they read. The minor leagues are a strange and unique world and it's a lot to get used to your first time through. I hope the book evokes the vast array of emotions that I felt as I tried to adjust to my new surroundings.
And, yes, there are some juicy tidbits to keep things interesting.


As you mentioned, you're pretty well known for blogging. Do you find that writing comes easy for you?

I wouldn't say that writing comes easy to me. Anyone who has had to write "properly" in this day and age of OMG's and LOL's knows that it's a challenge. But I will say that writing is always rewarding for me. Whether it's putting out a new blog post or publishing my first book, when people read my words it's always a great feeling. But, with more eyes comes more pressure and I find myself criticizing each sentence a lot more than I did when I first began. Even though the process can sometimes be tedious, the reward is always more than worth it.


With the Phillies in your rear view mirror, what is your fondest memory of your time with the Philadelphia organization?

Without a doubt the best time I had with the Phillies was when I got to participate as a member of the big league club in a few spring training games. Every player in the minor leagues shares the goal of making it to the bigs and for those four games last year I got a little taste. Even though I didn't get to play, just being around those guys was something that I will always treasure. It taught me the invaluable lesson that the big leaguers aren't any different than me. They are playing the same game, throwing the same ball the same sixty feet six inches that I do. I've been told that my whole life, but experiencing it first-hand engrained it into my mind forever.


Is there anything else you'd wish to let fans know about?

I just want to thank everyone for all the kind words and support over the past week. It's an interesting time for me to say the least and it's nice to know that so many are on my side. And even though I won't always be a Phillie, I hope that they will always enjoy following me through my journey.


I wish to thank Eric for his time and I encourage all readers of the site to check out Just a Minor Perspective: Through the Eyes of a Minor League Rookie as soon as you can.