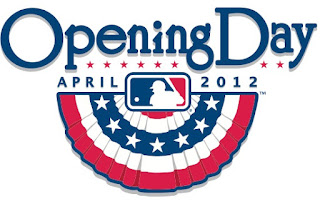 It's here! Opening day...well, the home opening day...is here! Just as you can expect every year, the Phillies have loads of fun planned for the big day as the defending five-time National League East Division champions kick off their home schedule for the 2012 season.

Check out all the details...


8:00 AM- Majestic Clubhouse Store opens. However, expect to need your ticket to get into the store, as folks ran into an issue last year where the store wasn't actually OPEN to the public, like the Phillies advertise.

10:35 AM- All gates open. All fans will receive a 2’x3’ replica of the 2011 National League East Champions Pennant that will fly above Ashburn Alley all season, compliments of Modell’s Sporting Goods.

(No time listed)- Phillies batting practice. The team did the same thing last year with the official schedule of the day's event. Not sure why. Expect 10:35-10:40 AM to be a close estimate.

12:15 PM- Line up on 10th St. Fans who have not yet entered the ballpark gates are invited to line up on 10th Street and cheer on the 2012 Phillies, as they make their “Leadoff Walk” into the ballpark – escorted by the Cardinal O'Hara High School Marching Band AND the Budweiser Clydesdales.

12:26 PM- Fan are urged to be in their seats for a must-see pregame ceremony! The 2012 Phillies will make their grand entrance into Citizens Bank Park from a 10th Street Leadoff Walk.

12:39 PM- "America the Beautiful" will be sung by the Philadelphia Boys Choir and Men’s Chorale, as members of the Pennsylvania Army and Air National Guard unfurl a large American flag. State flags will be carried onto the field by Philadelphia Police and Fire Department personnel.

12:53 PM- National Anthem: Will be sung by the Philadelphia Boys Choir and Men’s Chorale.

12:56 PM- The Leap Frogs: the U.S. Navy parachute team, will parachute onto the field, bringing the first ball.

5th Inning- Phillie Phanatic promises fun as he turns into the Queen of Rock and Roll.

And don't miss my Phils/Marlins series preview, packed with stats, by clicking HERE.