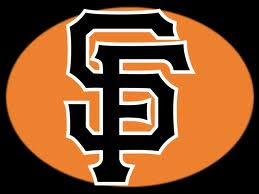 Each team will send its top hurler to the mound in the opener of a 3-games series on Monday night, although just one of the two has pitched like an ace thus far in 2012.

Philadelphia's perennial Cy Young Award contender Roy Halladay will take the mound at San Francisco's AT&T Park against the Giants in game 1. Halladay is coming off two great outings against the Pirates and the Marlins to begin the season.

The Giants will counter with two-time former National League Cy Young Award winner Tim Lincecum, who is fresh off the shortest outing of his career, after allowing 6 earned runs in 2 1/3 innings against the Rockies on April 11th.

This will mark the pair's first meeting in the regular season.

The Phillies won 4 of 7 meetings with the Giants last season, including 3 of 4 in San Francisco.

Read ahead for more details on the pitching match ups and loads more stats for this series.


Pablo Sandoval is batting .333 through 9 games this season. Sandoval is 0-for-6 against Blanton and is just 1-for-8 against Lee, but has 2 hits in 4 at bats against Halladay.

In 18 career games at AT&T Park, Ty Wigginton has posted a .169 batting average.

Shane Victorino is 8-for-39 (.205 avg) in his career against Lincecum and Cain during regular season play. Victorino has hit safely in 8 straight games.