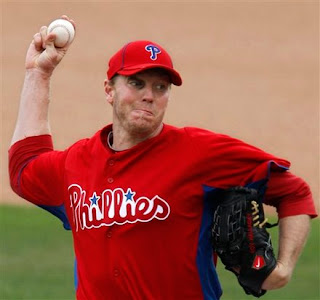 With high hopes for another big season, the Phillies will travel to Pittsburgh to open a brand new campaign against the Pirates in a 3-game set. Last year, the Phillies notched a franchise record 102 wins, but fell short of great expectations by losing in the first round of the playoffs to the eventual champion Cardinals.

In the season opener, the Phils will lean on the man that took the loss in their last game from 2011, Roy Halladay. In that outing, Halladay was strong, allowing just 1 run over 8 innings, but it was not enough to keep the Phillies afloat in October.

Thursday's game will mark the tenth time that Halladay will start on opening day.

Philadelphia will begin the regular season without two of their key offensive stars that have helped the club lock down five consecutive division titles. Second baseman Chase Utley is recovering from a nagging left knee ailment, while first baseman Ryan Howard is allowing his surgically repaired achilles tendon to fully heal.

For the opener, Pittsburgh will counter with veteran left-hander Erik Bedard, who was signed as a free agent this past off-season.

Read ahead for details on the pitching match ups for this series and plenty more statistical information.

In 31 career games against the Pirates, Shane Victorino has a .327 batting average.

Carlos Ruiz batted .479 in 18 spring training games. Ruiz is a career .196 hitter in 16 games against Pittsburgh.

Antonio Bastardo has not allowed a run and has held batters to a .083 batting average in 5 career outings against the Pirates. After sporting a 0.82 ERA in 36 games prior to the All-Star break last year, Bastardo recorded a 5.04 ERA in 28 games after the break.

After representing Pittsburgh in the All-Star Game last season, Andrew McCutchen posted a .216 batting average in 70 games after the All-Star break last year.

Pedro Alvarez, who was the 2nd overall draft pick by Pittsburgh in 2008, batted .170 in 19 spring training games.