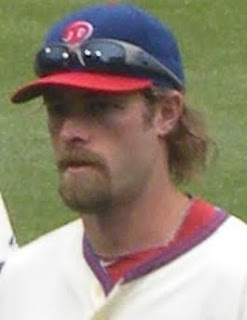 As was long expected, Jayson Werth is officially an ex-Phillie after signing a contract with the Washington Nationals. The deal, worth a reported $126 million over 7 years, surprised everyone on Sunday afternoon, a day before the annual MLB Winter Meetings take place in Orlando, Florida. Many analysts and baseball writers felt that the two teams most likely to sign the 31-year-old right fielder were the Angels and the Red Sox.

Werth's deal could set the tone for other free agents, as it comes relatively early in the off-season. Carl Crawford is the other highly sought after outfielder on the market, while Manny Ramirez and others also look to cash in this Winter.

In a conference call with the media on Sunday night, Werth stated, "Obviously, I'm excited to be part of an organization like the Washington Nationals. (Team owner Ted Lerner) is committed to winning. We've got a great GM in Mike Rizzo. He's definitely committed to bringing in quality players and guys that can make a difference. I'm excited to be a part of all that."

Werth's agreement was announced two days after the Washington slugger Adam Dunn left for a $56 million, 4-year contract with the Chicago White Sox. The Nationals took criticism for the departure of their lefty clean up hitter, but quickly extinguished any lingering anger by showing their fans that money isn't an issue and that the organization is committed to building a winning club for Washington.

Dunn had only been out-homered by two players (Albert Pujols and Prince Fielder) in the past two seasons, so replacing him, after he departed for Chicago, seemed to be a challenging task. Adding Werth, who hit 27 homeruns, drove in 85 RBI and led the National League in doubles with 46, in 2010, should fill the void that Dunn left in the middle of the Nationals' order.

In Washington, Werth will join manager Jim Riggleman, who was the bench coach with the Dodgers when Werth played there in 2004. Werth admitted that having Riggleman as his skipper played a role in his decision to sign with the Nats. "Any time you go to war with somebody who's your manager, it helps to know who that person is. Jim's a very honest, straightforward guy. He's a hard-nosed baseball guy. He's an old school guy. Having relations with him in the past helped, I would say."

But what else convinced Werth to leave a 4-time defending NL East division champion in Philadelphia and join a club that finished in last place this year and hasn't had a winning record since 2003? According to Werth, it was the promise of winning.