By Jay Floyd February 22, 2010
There's plenty going on in the early going this week with the Phillies down in Clearwater, Florida. Here's a tour of the Phils bloggerhood and links to stuff you shouldn't miss. 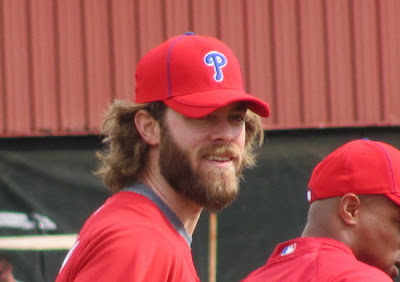 MLB.com's Todd Zolecki set the internet, around the Philly region, on fire this morning with an image sent out over Twitter featuring Jayson Werth's tremendous beard. Zolecki's Zo Zone Blog can be found at this link. 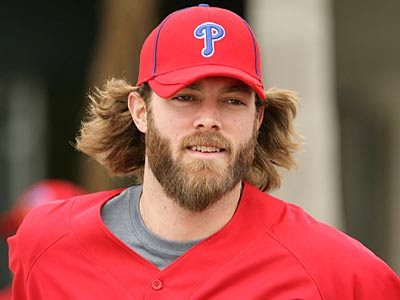 News broke this morning that Chan Ho Park has signed with the Yankees...a 1 yr, $1.2 million contract, with incentive bonuses. Crashburn Alley has all your information on how badly Park made out by waiting for that deal.

The Good Phight has an interview with Baseball Prospectus prospect guru Kevin Goldstein. Check that out here.

PhilliesFlow is talking about the Phillies' success against lefty hitters last year and who gets the credit. Click this link to read about it.

Follow PhoulBallz.com on Twitter HERE for unique Phils facts, other updates and our Name That Phillies Autograph game!