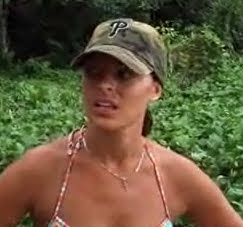 Stephenie will proudly be rocking a Phillies cap on the 20th season of Survivor, which will feature two tribes of previous Survivor contestants, competing against each other, in a "Heroes vs. Villains" format. Previews for the premiere episode tease that there are two injuries in the very first competition, one of which is a dislocated shoulder. Sources inform me that Stephenie suffered a shoulder injury early on (possibly due to a preexisting condition) and that she is certainly one of the injured competitors. No word on how it effects her game play. You'll have to tune in to find out if Steph can make it to the end, as she did in the show's 11th season when she was runner up. 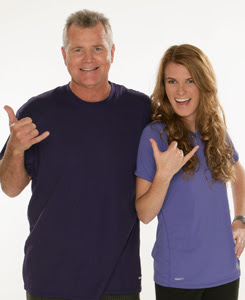 Stevie Smith and his daughter Allie will compete as a team on the 16th season of The Amazing Race. Smith was the third base coach for the 2008 World Series Championship team, but he was not brought back to help the champs defend their title. Smith was hired this off-season to coach third base for the Cleveland Indians. The Smiths will be one of 11 teams vying for the top prize of $1 million. Teams race throughout the world competing in challenges or "roadblocks". The team that finishes last in each week's leg of the race is usually eliminated. Check out the Race to see if Smith can wave home some big bucks, or if he and Allie will get thrown out at the plate, like sooo many Phillies did under his watch.