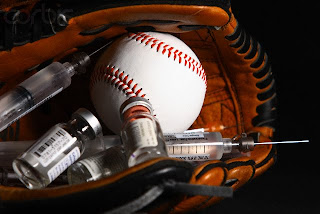 On Wednesday, Major League Baseball announced an upcoming initiative to test players in its minor leagues for human growth hormone this coming season. In a released statement, MLB declared, "We are consulting with our experts concerning immediate steps for our minor league drug program and the next steps for our Major League program."

Looking forward, could this be cause for another baseball strike? Possibly. The HGH testing should be implemented. Ball players are aware of the banned drugs that are detected by the existing urine tests, and there are still players who get suspended for positive tests. Imagine how many players would currently be positive for drugs that are not tested for. I'm sure this is something that MLB realizes, and knows there is a need for expansive testing, and, as such, will push this issue. If players deem the blood testing too draining, or too invasive, or even potentially too harmful to their careers (for whatever reason), then baseball fans could see a firm opposition from the Players Association.

Previously, the Players Association has stated that it would be willing to consider annual changes to its current drug agreement with MLB, which runs through the 2011 season. But what happens after that? Depending on how much the two sides butt heads, 2012 could see another baseball strike.