Happy 5th of May!

By Jay Floyd May 05, 2009
Here's a collection of Phillies related notes for you and all of your loved ones on this glorious drinking holiday- 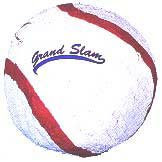 Ryan Howard in St. Louis is a serious beast! In the city where he was born, Howard is 23-for-60 in his career (.383 avg.), with 7 homers and 28 RBI. Howard has played just 16 games in St. Louis. Howard's grand slam in the 5th inning of Monday night's game was the 7th of his career. That ties him for the all time Phillies franchise lead in grand slams with Mike Schmidt. Each slugger has 7.

Shane Victorino has a 13 game hitting streak. Shane has walked or hit safely in all but 3 of the Phillies' 23 games this season.

Raul Ibanez went 0-for-4 in Monday's game at St. Louis. This was just the third game in which he did not walk or hit safely this season for our Phils.

Lefty reliever Mike Zagurski continues his journey back to the major leagues. Zagurski, or Zagz if you will, completed his third scoreless appearance for double-A Reading on Monday. So far, in 3 appearances with Clearwater and 3 appearances with Reading, Mike has thrown 6 innings, striking out 3, walking only 1 and surrendering 4 hits.

Lots of national TV exposure coming up for the Phillies...Wednesday night's game at New York is on ESPN, Thursday's game in New York will by carried by MLB Network, Saturday's home game against the Braves will be on Fox, and Sunday's game with the Braves is on TBS. Remember the TBS broadcast schedule forced a game time change to 12:35pm. Also, the following Wednesday night game, at home versus the Dodgers, is slated to be shown on ESPN.

Former Phillies prospect Gio Gonzalez was promoted to the Majors by Oakland over the weekend. Potentially, he is a threat to another former Phils prospect's spot in Oakland's rotation. If Josh Outman struggles, Gonzalez could take the starting role. Outman has a 4.41 ERA and a 1.41 WHIP through 5 games (3 starts). Gonzalez's ERA at triple A Sacramento was 2.12 over 4 starts. 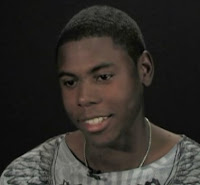 Here is your John Mayberry Jr. vs. Greg Golson update. The former top draft picks, who were traded for each other this past offseason, are having successful seasons thus far. Golson, who was promoted to the Major League roster by Texas on Monday, was hitting .286, with a homer, 9 RBI, 4 steals and a .738 OPS with Texas' triple A club in Oklahoma City. Golson had played in 20 games with Oklahoma City. Mayberry Jr., through 21 games at triple A Lehigh Valley, is batting .284 with 6 homers, 19 RBI, 1 steal and a .958 OPS. A call up for Mayberry Jr. may not be too far away. Especially if extra righty bat Miguel Cairo continues to be terrible for the ML Phillies, off the bench.

JC Romero, who is pitching in extended spring training games, while serving his 50 game suspension, after testing positive for banned substances, faced Alex Rodriguez in Monday's extended spring game. Romero walked A-Rod, but retired the other 3 batters he faced. Rodriguez is there rehabbing from his hip surgery.

Jay Floyd said…
You see- it's a picture of a baseball pinata with the phrase grand slam on it...because of Cinco De Mayo and Howard's slam.