Dear A's, Can the Phillies Have Josh Outman Back? 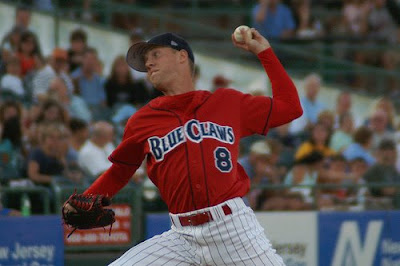 Josh Outman was dealt to Oakland last July in the trade that brought Joe Blanton to town. At the time of the trade, Outman had a 3.20 ERA in 33 games for double A Reading. Outman went on to make his Major League debut for the A's last September, and posted a 4.56 ERA in 6 appearances for Oakland in 2008. This season in the Majors, Outman has thrown in 8 games, 6 of which have been starts, and has a 3.31 ERA (excluding his worst single outing, his ERA would be 2.82). Over his last four games, all starts, Outman's ERA is 2.42 with a strike out to walk ratio of 20:7.

By comparison, in Joe Blanton's last four starts, his ERA is 6.56 (that is actually better than Joe's season ERA, which is 6.86) and he has a strike out to walk ratio of 17:12. Things like these Outman/Blanton differences jump out at me...especially when Phillies starting pitchers have a combined 6.24 ERA.

What other starters have the Phillies let get away that would be an improvement over the average ERA by their rotation?


If it's any consolation, Adam Eaton and Gavin Floyd have a combined 7.81 ERA this season, and Freddy Garcia is unemployed.