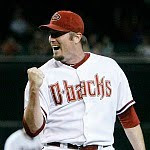 Today the Phillies announced the signing of RHP Chad Qualls to a one-year $1.15 million contract. Qualls, a 33-year-old reliever, who has 8 seasons of big league experience, most recently pitched with the Padres in 2011. With San Diego, Qualls posted a 6-8 record with a 3.51 ERA in 77 appearances.

However, in 2010, over 70 combined games with Arizona and Tampa Bay, Qualls struggled a considerable amount, as he sported a 3-4 record with a 7.32 ERA.

Generally, an inexpensive commitment for a veteran arm, even one with an up and down track record, isn’t something to be greatly concerned with, but considering the effect that Qualls’ presence could have on the future on the team as well as his career numbers at the Phillies’ home park this is not an acquisition that Philadelphia fans should be pleased with.

As PhilliesNation’s Corey Seidman points out, the presence of another veteran could stunt the progress of the younger, “homegrown” relievers, like Phillippe Aumont, Justin De Fratus and Michael Schwimer, who the Phillies could/should be relying on in the near future. Along with Mike Stutes, last season’s star rookie out of the ‘pen, that group has what it takes to fill out a relief corp led by experienced hurlers such as Jonathan Papelbon, Jose Contreras, Kyle Kendrick and Dontrelle Willis.

In addition to that down side, there is Qualls’ horrendous statistical history in Philadelphia. In 13 career games at Citizens Bank Park, the former 2nd round draft pick by the Astros has posted a 2-2 record with 1 blown save and an 11.12 ERA. Worst of all is that fact that Qualls has allowed 7 homeruns in 11 1/3 career innings pitched at CBP. Those numbers certainly force one to wonder what the appeal of adding this sometimes serviceable talent could be.