By Jay Floyd November 22, 2011
The takeover has begun. As the holiday season approaches and winter becomes more imminent, January 2nd, the date of this season's NHL Winter Classic draws nearer. In 2012, Philadelphia's Citizens Bank Park will play host to the annual regular season hockey contest that is broadcast on national television. The ballpark is otherwise home to Major League Baseball's Phillies.

In the upcoming game, the Flyers will take on New York Rangers. It will be New York's first Winter Classic appearance, while the Flyers, who lost at Boston in 2010, will be seeing action in the annual event for the second time.

This will mark the fifth year for the NHL's premiere regular season contest, which first took place in 2008 at Buffalo's Ralph Wilson Stadium, home of the NFL's Bills.

The process to convert the baseball playing field into an ice rink, in time for the week of hockey events set to take place at CBP, began this week. In addition to the January 2nd regular season game, Flyers and Rangers alumni will also compete, in an exhibition on December 31st and the minor league Phantoms will take on the Hershey Bears on January 6th.

Below are a series of images from various sources displaying the conversion of the CBP facility into a home venue for the Flyers, including some orange at black taking over the Phillies' locker room. 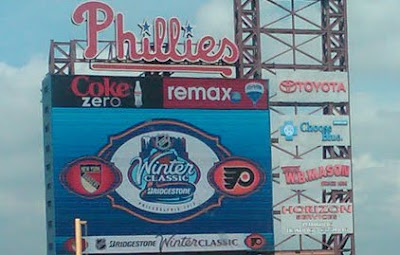 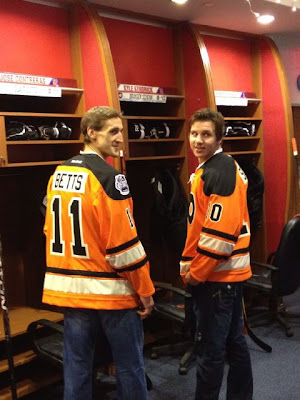 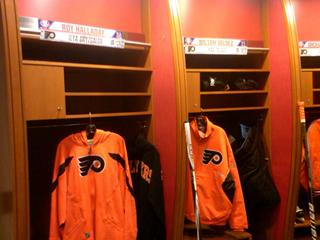 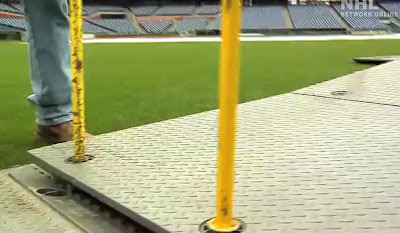 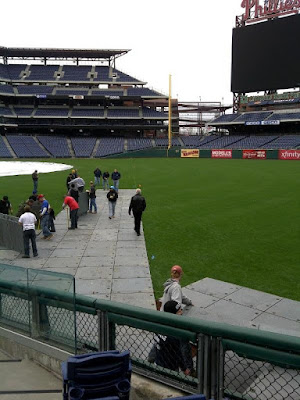 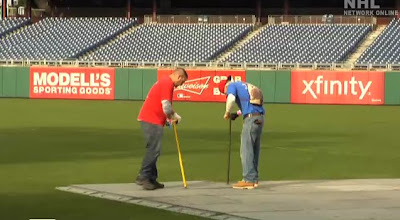