By Jay Floyd June 02, 2011
On Thursday, the Class A Advanced Florida State League announced its mid-season All-star rosters. Among the players chosen were four members of the Phillies' Clearwater Threshers club. Pitchers Julio Rodriguez, Jonathan Pettibone, Justin Friend and their battery mate Sebastian Valle were all selected to represent Clearwater on the North division squad in the annual exhibition to be held on Saturday, June 18th.

Clearwater will host the game at Bright House Field, the spring training home of the Phillies.

Rodriguez, 20, has posted a 6-3 record with a 2.28 ERA in 10 starts this season. Despite losing a stretch of 3 straight starts recently, Rodriguez has maintained strong numbers all season long. Last year, the right-handed Rodriguez was an integral addition to the Lakewood BlueClaws roster that locked down its second consecutive South Atlantic League title. 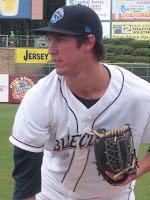 Pettibone, another 20-year-old righty hurler, is 5-4 with a 2.03 ERA in 11 starts for Clearwater. Pettibone's ERA currently ranks second among starters in the FSL. Pettibone was a mainstay on the championship Lakewood pitching staff a year ago as well.

Threshers closer Justin Friend, a selection in the minor league portion of last off-season's Rule 5 draft, is tied for the minor league lead in saves with 18 and leads the FSL in batting average against with a spectacular .136 mark. The righty Friend was originally selected in the 13th round of the 2007 amateur draft by Oakland out of Oklahoma State University.

At 24-years-old with an ERA of 1.11, in addition to his other stats in High A level, it is likely that Friend could see a promotion upward sooner than later. 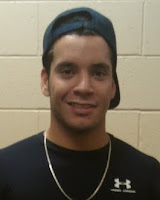 Through 34 games this season, the righty hitting Valle is batting .338 with 3 homeruns and 17 RBI. The 20-year-old Mexico native is often credited with guiding the Threshers' strong pitching staff, even by the pitchers themselves.

Valle, a righty batter, was also a member of the title winning Lakewood team each of the past two seasons. He was named to the SAL postseason all-star team last season as a member of the BlueClaws.