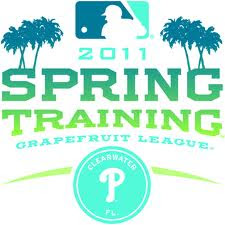 If you haven't noticed, the Phillies are offering their fans a steady stream of access to all Grapefruit League contests this spring. With their product in high demand by fans throughout the region and beyond, the Phillies have committed to bring each spring training game to the public in some fashion.

Unlike any Grapefruit League season before, the Phillies are utilizing their ability to relay game coverage in an advertisement-free fashion, live on Phillies.com. In the absence of televised games and terrestrial radio transmissions, the Phillies broadcast team will alternate duties and bring live play by play to internet users everywhere. The 2011 Grapefruit League season marks the the very first time that the club has made every single spring contest available to phans, according to Rob Brooks, the Phillies manager of broadcasting.

According to Brooks, the organization fell one date short in 2009, when the Phillies broadcasters covered all but one game on its spring schedule in some manner.

The availability of the full spring schedule speaks volumes to the following that the Phillies have developed in recent years. The success, both on the field and financially, that the Phillies have enjoyed since 2007 is unlike any other stretch in the organization's history, as they've won four consecutive division titles, clinched two National League pennants and locked down their second world championship. The popularity of baseball in Philadelphia has grown because of those accomplishments.

Below is the remaining spring schedule and how the Philadelphia faithful can catch their favorite baseball team on a daily basis, including today's televised match up with the Yankees.