Phillies and Castillo Agree to Deal 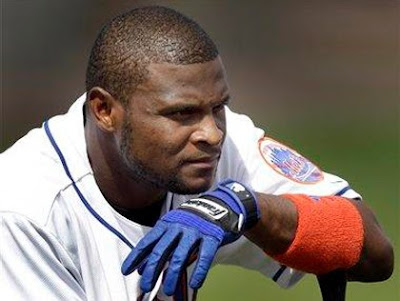 With the uncertainty of Chase Utley's ailing knee, the Phillies have added another potential substitute to the mix. Already stocked with new faces ready to fill a void if Utley is unable to open the season on the active roster, Philadelphia has added veteran second baseman Luis Castillo.

The 35-year-old Castillo was released by the New York Metropolitans on Friday. Castillo has been an All-star three times, has won the Gold Glove Award three times and has twice led the National League in stolen bases. Castillo, a switch-hitter, is a career .290 hitter in 15 Major League seasons.

Utley has been sidelined throughout the entirety of spring training with chondromalacia and bone inflammation in his right knee. While Utley has seen some improvement recently and has continued to participate in batting practice, he has still been unable to take on full baseball activities.

Other players in camp witht he Phillies this spring that are competing for a roster spot include Rule 5 pick Michael Martinez, Josh Barfield and Pete Orr. Martinez, is batting .292 with 2 homers and 6 RBI in 22 games played this spring with the Phils. If Martinez is not kept on the Phillies' 25-man Major League roster for the entire season, he must be offered back to the Washington Nationals, as per conditions of the Rule 5 draft. Barfield, formerly of the Padres and Indians, has posted a .344 average with 2 doubles, 1 triple and 3 RBI in 15 games. The lefty hitting Orr, who has played with Atlanta and Washington, is batting .333 with 3 doubles, 3 triples and 2 RBI in 17 Grapefruit League games.
In 11 games with the Mets this spring, Castillo was batting .286 with no extra base hits and 2 RBI.