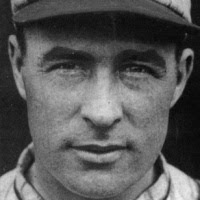 Only five men in Phillies history have brought home a National League batting title. Francis "Lefty" O'Doul, a converted pitcher, was one of those men, along with Sherry Magee, Chuck Klein, Harry Walker and Richie Ashburn.

O'Doul worked out of the bullpen for the Red Sox and Yankees, into the early 1920's before experiencing a setback with an arm injury that landed him back in the minors in 1923. Once it was clear his pitching days were done, O'Doul converted himself into a slugging outfielder and returned to the Majors with the Giants, where he contributed as a back up player. Despite posting a .318 average for the Giants in 1928, he was traded to Philadelphia with cash for outfielder Freddy Leach. The Giants would quickly regret the move.

In his first season with the Phillies, O'Doul set the National League single season record for hits in a season, with 254, that still stands today (tied, Bill Terry- 1930). His .398 batting average that year also remains as the single season high mark in Philadelphia baseball history. The exceptional benchmark led the league, making O'Doul just the second batting champion in team history. Additionally, O'Doul smacked 32 homeruns and drove in 122 runs while scoring 152 times that season, to finish second in voting for the league's most valuable player award, behind Hall of Famer Rogers Hornsby, whose hit record O'Doul had broken.

In a later interview, "Lefty" O'Doul told The Sporting News, regarding his chase of the hit record on the closing day of the 1929 season against the team that traded him away, "It was the last day of the season and we were playing a doubleheader with the Giants in the old Baker Bowl. Going into the first game, I had 248 hits behind me and everyone knew that I was shooting for the great Rogers Hornsby's record of 250 hits in a season. So (Giants manager, John McGraw) started Carl Hubbell, a left-hander. I believe McGraw did not want me to break that record. All I did in that first game was go 4-for-4 off Hubbell. In the second game, McGraw starts another left-hander. I got two more hits."

The following season, O'Doul would impress again, sporting a .383 average with 22 homers, 97 RBI and 122 runs scored. Despite another successful campaign, the Phillies sold high and dealt O'Doul to Brooklyn along with second baseman Fresco Thompson for pitcher Clise Dudley, pitcher Jumbo Elliot, outfielder Hal Lee and cash, following the season.

After his playing days, O'Doul would go on to manage the San Francisco Seals, of the Pacific Coast League, and helped Joe DiMaggio develop, on his way to the Majors. Also, O'Doul was instrumental in spreading baseball's popularity in Japan, where he served as the sport's goodwill ambassador prior to and after World War II.