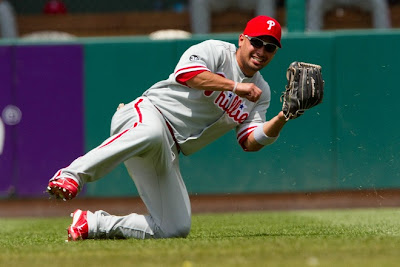 In a press release by the Phillies, Victorino stated, "It’s an honor to be recognized by the managers and coaches as one of the top defensive players in the league along with all the other deserving candidates. I take a lot of pride in my defense and this award means a lot to me."

The Gold Glove Award is distributed following each season, to the Major League Baseball players judged to have exhibited superior individual fielding efforts at each position.