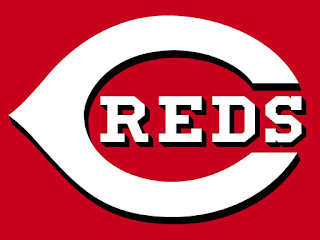 The Phillies (19-22) continue their home stand as the Reds (25-16) come to town to begin a three-game set at Citizens Bank Park on Friday night.

In the series opener, the Reds will send rookie Tony Cingrani to the mound.  Cingrani, who is a Rice University product, lasted just four innings in his last outing against Milwaukee, but did not factor in the decision.  The Phils will counter with ace Cliff Lee, is undefeated with a 1.83 ERA in his previous five starts against Cincinnati.

The Reds swept the Phillies in three games in Cincinnati last month.

Read ahead for full details on the pitching match ups and other key details from this series.


In 36 career regular season games against the Phillies, Jay Bruce has a .308 average with 10 homers and 28 RBI.  Bruce is batting .316 with runners on base this season.

Aroldis Chapman has not allowed a run in six career appearances against the Phillies.  Chapman has a 4.76 ERA on the road this season.

Jonathan Papelbon has allowed three earned runs in four career innings pitched against the Reds.  Papelbon has not allowed a run in seven home outings this season.

In 19 home games this season, Domonic Brown is batting .242 with five home runs and seven RBI.

Ryan Howard is batting .302 with four homers and 10 RBI in 18 home games this season.  Howard is a .263 hitter in 60 career regular season games against the Reds.

Anonymous said…
Hello! I've been reading your site for a long time now and finally got the courage to go ahead and give you a shout out from Houston Tx! Just wanted to say keep up the great job!

Anonymous said…
This piece of writing provides clear idea in support of the new people of
blogging, that in fact how to do blogging.