Series Preview: Phillies at Marlins, May 20-22 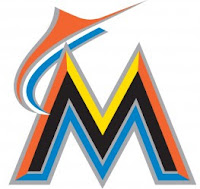 The Phillies (21-23) hit the road this week, beginning a three-game series against the Marlins (12-23) in Miami on Monday night
.

Looking to get back on the positive side of .500, the Phillies will kick off the series with two of their main stars ailing, as Ryan Howard is sidelined with right knee soreness and Carlos Ruiz left Sunday's contest against the Reds with a right hamstring issue.

The Phils have won four of seven meetings with Miami thus far this season.


In 12 road games this year, Freddy Galvis is batting .400 with two homers and three RBI.  Galvis is a .294 career hitter in 10 games against the Marlins.

Michael Young is batting .211 in 16 games this month.  In 21 games against the Marlins in his career, Young is a .289 hitter with five doubles and nine RBI.

Chase Utley is batting .308 with four home runs and 15 RBI in 21 road games this season.

Placido Polanco has a career .287 average with three doubles and four RBI in 28 games against the Phillies.  Polanco is batting .239 in 20 home games this season.

Heading into action on Sunday, righty hitting opponents were batting .115 against Marlins closer Steve Cishek while lefties had tallied a .316 average.

Rookie outfielder Marcell Ozuna is 8-for-16 with four doubles a homer and eight RBI in four career games against the Phillies.  Ozuna is batting .286 in eight home games.