Series Preview: Marlins at Phillies, May 2-5 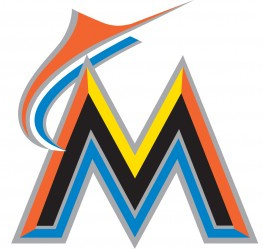 The Phillies (12-16) are set to kick off a four-game series as host to the Marlins (8-20).  The series marks the returns of Phils Gold Glove Award winner Placido Polanco and speedster Juan Pierre to Philadelphia for the first time since each man parted ways via free agency.

The Phillies have won nine of their last 12 meetings with the Marlins.  Additionally, the Phils were victorious in six of nine games against Miami at Philly's Citizens Bank Park last season.

Read ahead for full details on the pitching match ups and other key details from this series.


Placido Polanco is a .296 career hitter against the Phillies. Polanco is a .310 hitter in 267 career games at Citizens Bank Park.

Juan Pierre posted a .234 average in 69 games at Citizens Bank Park last season. Pierre is batting .105 with runners in scoring position this year.

Carlos Ruiz is a .270 hitter with six home runs and 34 RBI in 85 career games against the Marlins. Ruiz batted .368 with runners in scoring position last year.

Chase Utley is batting .320 with two homers and seven RBI in 14 home games this season. Utley's 96 career RBI against the Marlins are his most against any team.