Series Preview: Nationals at Phillies, May 21-23 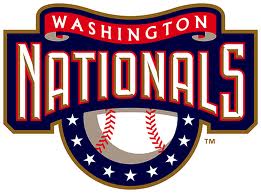 A budding rivalry is set to continue as the Washington Nationals (24-17) visit the Phillies (21-21) for a three-game series beginning Monday night at Philadelphia's Citizens Bank Park.

Initially sparked up this year when the Nationals organization attempted to prevent Philadelphia fans from attending their team's games at Nationals Park, the rivalry's intensity reached considerably greater levels this month when lefty pitcher Cole Hamels admitted to intentionally hitting highly hyped rookie outfielder Bryce Harper with a pitch to welcome him to the big leagues.

Fresh off a series loss to Boston, the Phillies remain in last place in the National League East division which they have won for five consecutive season.  The Nationals are in second place in the same division, 1 1/2 games behind Atlanta for the top spot.  The challenge to catch the Nats and the Braves will only get tougher for the Phils, as they start a stretch of 6 straight series against teams with winning records, on Monday.

Read ahead for details on the pitching match ups and plenty more statistical details from this series.

Henry Rodriguez, who leads the Nats with 9 saves, has posted a 0-3 record with 3 blown saves and a 9.82 ERA in 9 road games this season.

Carlos Ruiz's .355 batting average ranks 3rd in the National League.  Ruiz is a .309 hitter in 74 career games against the Nats.