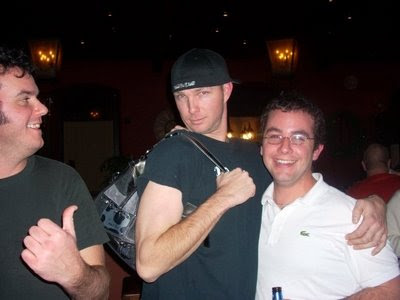 Hopes were high, like always, for Phillies fans on Wednesday, as word trickled out of the Baseball Winter Meetings that there was a chance that Ryan Madson could accept arbitration with the Phillies. The thought of having two top level back-end-of-the-bullpen guys to go along with three elite starting pitchers had folks quite excited. However, at the end of the day, it was not to be.

Madson's chance to join newly signed closer Jonathan Papelbon as well as his former All-Star teammates Roy Halladay, Cliff Lee and Cole Hamels came and went, as he declined the Phillies' offer prior to the 11:59 PM deadline.

Returning to the Phillies would likely have enabled Madson, who has appeared in more games with the Phillies than any other pitcher not named Roberts or Carlton, to cash in a sizable free agent payday following the 2012 season. However, returning to a set up role in Philadelphia may have hindered his ability to cash in as a closer, a job he rocked well in 2011, as he saved 32 games for the five-time defending National League East division champions.

The right-handed reliever, who was drafted in the 9th round by the Phillies in 1998, has posted a 47-30 record with a 3.59 ERA in 491 regular season games with the Phillies during his 9-year big league career.

While the arbitration offer was certainly a decent fallback plan for the 31-year-old, Madson's agent, the notorious Scott Boras, surely wasn't expected to allow his client to accept a single year deal when there are other suitors who could bulk up Madson's purse over a longer guaranteed stretch.

All told, the arbitration offer presented a rather slim chance to keep a homegrown talent in Philadelphia. Madson's rejection has all but reserved his ticket out of town.

In addition, Raul Ibanez and Jimmy Rollins also declined arbitration offers from the Phillies on Wednesday.