Wade to Return to Phils in Scouting Role 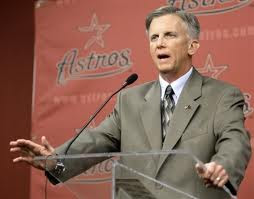 As reported by several sources on Monday evening, former Phillies general manager Ed Wade is set to return to the Philadelphia organization in the role of a scout.

During his time at the helm of the Phillies, Wade became notorious for trading away All-Star Curt Schilling. As the top dog in Houston, he helped stack the Phils with All-Star talent by dealing Brad Lidge, Roy Oswalt and Hunter Pence to Philadelphia.