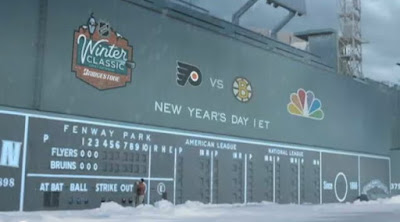 Folks, the annual NHL Winter Classic is coming up on New Year's Day. Philadelphia's very own Flyers, riding a 4 game win streak, will be participating in the contest as they visit the Bruins in Boston.

A couple years ago, the NHL started the tradition of an outdoor game each year on January 1st. The first Winter Classic was hosted by the Sabres at Ralph Wilson Stadium, where the Buffalo Bills normally play, and the second one was held at Wrigley Field, where the Chicago Cubs play, with the Blackhawks hosting.

Still in its infancy, the NHL plans to make the Winter Classic bigger and better each year. This year's game being played at one of sports' most storied venues fits right in with that plan. Fenway Park, the usual dwelling of the Red Sox, with be home to the Bruins on New Year's Day. Soccer and football have both been played at Fenway Park in the past, but this will be the first hockey game played there. Fenway will also host a NCAA game when Boston University faces Boston College a week later on January 8th. 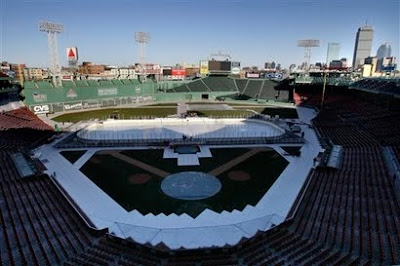