Brian Schneider is No Longer the Enemy 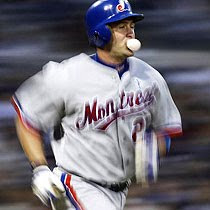 On the heels of the news regarding Chris Coste signing with the New York Metropolitans, the Phillies have signed Brian Schneider to a 2-year contract. The deal is reportedly worth $3 million for the former Metropolitan and National.

With local ties, Schneider will get the chance to play for his hometown team. He grew up playing youth baseball in Northampton, Pennsylvania.

I approve of this signing. Schneider is a steadily productive and generally healthy catcher who can fill the "2-3 games a week" role that manager Charlie Manuel likes to utilize during the season, to prevent wear and tear on everyday catcher Carlos Ruiz.

Schneider is a career .251 hitter with a .697 OPS in 10 Major League seasons. In recent seasons, Schneider's offensive output has been considerably better in the City of Brotherly Love. In 42 career games at Citizens Bank Park, he is a .266 hitter with a .784 OPS.

In "You're damn right they did" news, the Angels chose to give deceased pitcher Nick Adenhart's estate a full postseason bonus share. The Angels' shares were worth $138,039. More details on playoffs shares around baseball can be found here. Adenhart, a rookie, was killed in a motor vehicle accident caused by a drunk driver back in April.