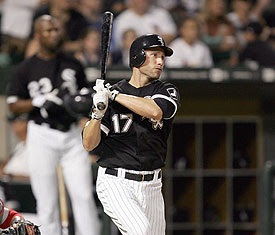 The Phillies made a move by signing free agent Ross Gload late Tuesday night. Gload, who will turn 34 years old on opening day next year, is a career .283 hitter in 608 Major League games. The lefty hitter, who led the National League in pinch hits this past season, will add depth to the outfield and can play first base.

Leading up to the announcement of the signing, rumors had surfaced stating that Gload had 2-year offers on the table from the Braves, Marlins and Phillies. Gload decided to go with the National League champs.

While this deal adds depth to the team, it was not a necessary signing. Outfield was likely the area at which the Phillies were best stocked, going into next season. Their three starting positions are filled by a trio of all stars (Shane Victorino, Jayson Werth and Raul Ibanez), while Ben Francisco and his low salary are locked into a back up role. The Phillies have John Mayberry Jr., who played 39 games with the big league Phillies in 2009 and hot prospect Michael Taylor who, in my opinion, is ready for a shot at Major League pitching. And don't forget Greg Dobbs, who has played plenty of games in the outfield during his career. Perhaps the acquisition of a veteran like Gload makes Mayberry Jr. and/or Taylor expendable.