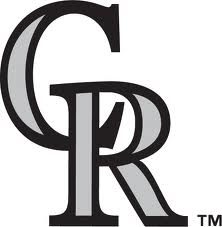 The Rockies (35-32) were dealt a poor hand on Thursday, when three of their regulars suffered injuries.  Shortstop Troy Tulowitzki, the National League's second leading hitter, has been placed on the disabled list with a broken rib suffered on a diving defensive play in Thursday's contest against Washington.  Outfielder Carlos Gonzalez was drilled with a line dive foul, while standing on deck in that game, while outfielder Dexter Fowler was hit by a pitch on his hand.

The Phillies (32-35) are no strangers to ailing stars, as the team currently has two All-Stars, second baseman Chase Utley and catcher Carlos Ruiz, on the disabled list with injuries of their own.  Additionally, multi-time Cy Young Award winner Roy Halladay is out of action following shoulder surgery and starting hurler John Lannan has missed nearly two months due to a left quad issue.

Both clubs will try to persevere as they begin a three-game series at Coors Field on Friday night.

Read ahead for details on the pitching match ups and other key stats for this series.

Sunday, 4:10 PM.  Cole Hamels (2-9, 4.45 ERA) vs. Jhoulys Chacin (4-3, 4.52 ERA).  In six career regular season starts against the Rockies, Hamels is 3-1 with a 3.32 ERA.  Hamels is 1-4 with a 3.48 ERA in seven road starts this year.  Hamels has a 5.09 ERA in three career regular season starts at Coors Field.  In his last outing against Washington (five innings, two earned runs), Chacin notched a victory after going seven straight starts without one.  In five career games against the Phillies, Chacin has a 1-0 record with a 1.21 ERA.  Jimmy Rollins and Ryan Howard are a combined 0-for-16 in their careers against Chacin.

In 11 career games at Coors Field, Phils catcher Humberto Quintero is a .364 hitter with three doubles, a homer and four RBI.  Quintero is batting .150 in eight road games in the big leagues this season.

Injured catcher Carlos Ruiz is slated to begin a rehab assignment with Triple-A Lehigh Valley on Saturday.  Ruiz has been sidelined with a hamstring strain since May 20th.

Domonic Brown holds the National League lead in home runs with 19, while Colorado's Carlos Gonzalez and Troy Tulowitzki are second and third with 18 and 16 respectively.  Brown is batting .326 with four homers and 12 RBI in 12 games this month.

Former Phillies prospect Josh Outman is 2-0 with a 4.81 ERA out of the Rockies' bullpen.  The lefty hurler was dealt to Oakland as part of the Joe Blanton trade in 2008.  He was then swapped to Colorado prior to the 2012 season in a deal for Seth Smith.