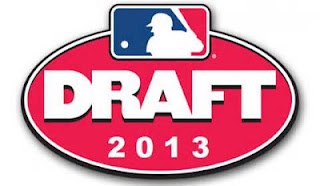 The Phillies continued locking in last week's draft picks on Friday as the team came to terms with their second round pick Andrew Knapp and officially announced the signing of their third round selection Cord Sandberg.

Knapp, taken 53rd overall, is a switch-hitting 21-year-old. The University of California product led the Golden Bears in batting average this year with a .350 mark while mashing eight homers with 41 RBI. Knapp's deal is said to be for $1.03 million.

Reports last week stating that Sandberg has signed almost immediately for the amount of $775,000 seemed to be fully on point as the amount proved accurate with details released by the Phils.

High school prep catcher Jake Sweaney, who was selected in the 4th round with the 121st pick out of Garces Memorial High School in California, signed for a reported $400,000.

Other signees include 25th rounder Cody Forsythe, a lefty pitcher out of Southern Illinois.  In his senior season this year, the 22-year-old sported a 4-5 record with a 3.03 ERA in 15 games started.

Overall, the Phillies have signed seven of their top 11 picks and 23 of their 40 selections. First round pick J.P. Crawford has yet to ink a contract.

Also worthy of note are some releases from extended spring training this week, just as the short-season Class A Williamsport and the Rookie level Gulf Coast League are set to begin their schedules. Outfielders Miguel Alvarez and Yan Olmo were released while two players that began 2013 on Class A full season Lakewood's roster, infielder Tyler Greene (11th round pick, 2011) and righty pitcher Andrew Aizenstadt were cut as well.

And lastly, as you may have heard on this week's edition of the PhoulBallz Podcast, outfielder Jiwan James, who is recovering from left knee surgery, is participating in all baseball activities at this point and should not be far off from official activation for game action.