By Jay Floyd June 30, 2013
From all throughout the Phillies' developmental ranks, here's our weekly rundown of top performers and those players that have struggled recently. 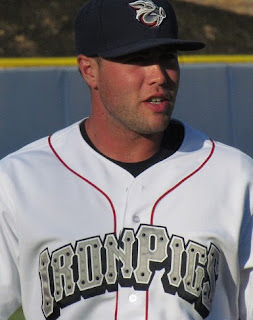 Outfielder Darin Ruf has picked up the production with his batting average of late, but has displayed minimal power during that stretch. The 26-year-old righty hitting slugger is batting .306 with only one extra-base hit, a double, while driving in seven runs in his past 10 games.  In 75 games with the 'Pigs, Ruf is batting .270 with seven homers and 42 RBI.

Righty pitcher Tyler Cloyd took his 7th loss of the season on Saturday, when he allowed six earned runs in 6 1/3 innings. The 26-year-old is 0-3 with a 10.69 ERA in three starts for the IronPigs since returning from the majors this month.

Outfielder Tyson Gillies has been on a tear, batting .400 with three homers, seven RBI and two steals in his last 10 games. Gillies, who batted .244 through his first 25 contests at Double-A this year, has his average up to .275 after 50 games. The 24-year-old began the season with the IronPigs, where he struggled.

After throwing five scoreless frames in his return to the starting rotation on June 13th, right-hander Brody Colvin has had a pair of weak outings. In his past two starts, the 22-year-old has allowed 14 earned runs in 7 2/3 innings (16.43 ERA) while issuing seven free passes.

Reliever Colby Shreve has posted a 2-0 record with a 1.29 ERA in nine appearances this month. The 25-year-old right-hander has a 2-1 record and a 3.32 ERA overall in 22 outings for Clearwater this season.

First baseman Chris Serritella, last year's 4th round pick, is batting .316 with two homers and seven RBI in his last 10 games. The 23-year-old lefty batter is hitting .270 with five home runs and 32 RBI this season.

Catcher Tommy Joseph, who's bouncing back from a shin contusion that he suffered while rehabbing from a concussion, has not had much luck with the Threshers. The 21-year-old is just 2-for-32 (.063 avg) in nine total games with Clearwater and is 0-for-10 in three games since his most recent setback, although he went 1-for-3 in one game for the Gulf Coast League team.

The Phils' top draft pick from 2011, outfielder Larry Greene Jr. has posted a .350 batting average over his past 10 games while mashing three doubles and swiping two bags. The 20-year-old lefty batter was projected as a big power threat on draft day, but has just one home run and sports a .601 OPS thus far in 56 games this season. 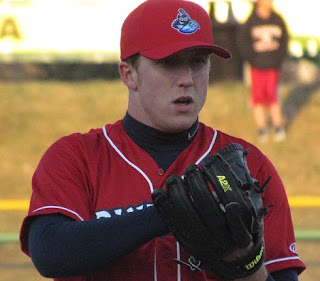 Shane Watson, who was the Phillies' 1st round draft choice in 2012, has strung together some really solid success recently, posting a 0.00 ERA while striking out 12 and walking four in 16 innings over his last three starts. Overall, the 19-year-old right-hander is 4-6 with a 4.84 ERA in 15 games.

Third baseman Mitch Walding, 20, has tallied a .171 average with a double over his past 10 games. The 5th round draft choice from 2011 began the season strong, hitting .277 in April, but has posted a .227 average since then.

Catcher Andrew Knapp, who was selected by the Phillies in the 2nd round of this year's draft, is off to a great start to his pro career. In 10 games, the 21-year-old is batting .300 with three doubles and four RBI. Knapp has caught two contests and has served as the Cutters' DH in his other games.

Outfielder Dylan Cozens has had a slow start, as the 19-year-old is batting .194 with a home run and four steals in 11 games. The 6-foot-6 235-pounder was the Phils' 2nd round draft selection last year.

Rehabbing outfielder Jiwan James has looked great as he recovers from left knee surgery. The 24-year-old is 6-for-14 (.429 avg) with a double, a triple and a home run in four games. James was the Phillies' 22nd round draft pick in 2007.

This year's top draft pick J.P. Crawford made his pro debut this past week and is 2-for-6 with two stolen bases in two games thus far. The 18-year-old lefty batting shortstop was selected 16th overall.