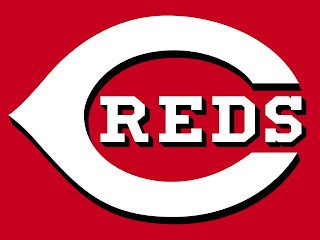 Losers of five straight contests, the Reds (5-7) will host the Phillies (6-6) for a three-game set at Great American Ballpark beginning on Monday night.

In the series opener, the Reds will go with right-hander Bronson Arroyo, who has posted an 8.50 ERA over his last seven regular season starts against the Phils, who will counter with lefty Cliff Lee, who has not walked a batter in his first two starts this season.

The Phillies were victorious in four of seven meetings with Cincinnati last year, including two of three at Great American Ballpark.  Dating back to the 2010 National League playoffs, the Phils have won seven of the last eight games in Cincinnati.

Read ahead for full details on the pitching match ups and loads more for this upcoming series.

Michael Young has a .333 average with two homers and 10 RBI in nine career games against the Reds.

In 56 regular season contests against the Reds, Chase Utley has a .286 average with 16 homers and 42 RBI.  Utley batted .233 with a home run and four RBI in seven games against the Reds last year.

Reliever Aroldis Chapman has not been scored upon in four career appearances (four innings) against the Phillies.  Chapman has a 2.45 ERA and a .148 batting average against in 71 career regular season games at Great American Ballpark.

Jay Bruce is a .295 hitter with 10 home runs and 25 RBI in 33 career regular season games against the Phils.  Bruce is batting .241 in six home games this season.

In seven games against the Phillies last season, Brandon Phillips posted a .231 average with a double.  Phillips is 2-for-3 with a triple and a home run in his career against Chad Durbin.