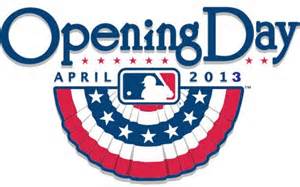 At long last, the new season is upon us.  With the Phillies out of the postseason for the first time in six seasons last year, the time between their last contest and the following season's opener was certainly longer than most fans in the Philly region had grown accustomed to.  But, after a considerable wait, a chance to reclaim the top spot in the National League East division is about to begin.

Opening the season on the road, the Phillies will send lefty ace Cole Hamels to the mound at Atlanta's Turner Field to take on right-handed veteran Tim Hudson.


Former Braves 1st round draft pick Jason Heyward is a career .207 hitter with three home runs in 46 games against the Phillies.  The lefty hitter tallied a .761 OPS at home last season.

Justin Upton is a .321 hitter with four homers and nine RBI in 24 career games against the Phils.

In 74 career games at Turner Field, Chase Utley has posted a .258 average with nine homers and 42 RBI.  Utley batted .121 in 15 games against Atlanta last season.