Whatcott and Hill Released by Phillies 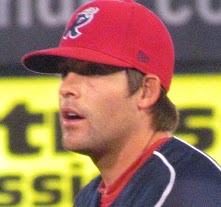 Whatcott, who was signed as a non-drafted free agent in 2010, pitched in 44 games (seven starts) with Class A Advanced Clearwater and Double-A Reading in 2012. The 27-year-old University of Utah product posted a 3-3 record with two saves and a 3.78 ERA.

Hill, a lefty batting 24-year-old, was the Phils' 11th round draft selection in 2011. The graduate of Concordia University in California batted .129 with two doubles and eight RBI in 36 games over three levels last season.

The Phillies' minor league rosters continue to take shape and should be finalized this coming weekend.