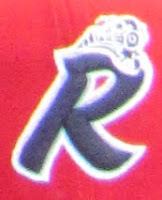 Game 3 of the Eastern League division series is set for a 7:05 PM start on Friday night. Notes and quotes on that contest lie ahead.

Jake Fox has been placed on Reading's inactive list, as his wife went into labor early Friday, at home in Michigan. The proud couple are new parents to a baby boy. Fox's stint on the inactive list must last three days, so he is not eligible to return until the Eastern League finals, should Reading advance. John Hill has replaced Fox on the R-Phils' active roster.

Justin Friend, who warmed up late in game 2's loss on Thursday night is available for game 3.

Read ahead for exclusive quotes for Wathan as well as Reading stars Trevor May and Darin Ruf as well as rising prospect Tyler Knigge...


Dusty Wathan speaking about his confidence level in game 3 starting pitcher Ethan Martin, who was acquired by the Phillies in the Shane Victorino trade in July and is undefeated since joining the R-Phils-

Obviously, (my confidence level) is pretty high. He's thrown the ball really well for us all year, since he got here. It's fun watching him pitch, so I'm excited to see what he can do tonight.


Trevor May on his game 2 start, in which he got a no decision, pitching 5 1/3 innings, allowing 1 run while walking two and striking out six Trenton batters-

I thought I could have went maybe one pitch better. You know, you'd always like to throw zeroes instead of one. I thought I battled pretty good and I got in a grove early. And one play here or there could have really made a difference in the game. Unfortunately, we came out on the losing end, but with all the work I've been doing toward the end of the year, taking a good start into the playoffs is definitely a boost of confidence for me personally. It was a pretty high-pressure situation and I feel like I responded pretty well, so I'm happy with that.


May on his streaky season-

I'm happy with what going up and down did to help me make some changes I needed to make. And I think I've righted a bunch of wrong that have made me a streaky pitcher. I've been streaky my entire career. It's just that the good streaks have been longer than the bad streaks and what I'm looking for is consistency to where the rough starts aren't as rough and being able to kind of be, when you don't have your best stuff, still being able to throw a quality start. All these things are things I've needed to work on and, you know, not letting things snowball on me. The stretch in the middle (of the season, from May to July when he won just twice over 15 starts) made me bare down mentally and fix things physically. It was a wake up call and it took a little longer than I would have liked but I was really happy it happened. Ideally, I wanted to take a step up at some point this year, but I gave myself a chance to get called up here and it just didn't happen. But, I'm taking a lot of positives out of this season...more so than negatives.


Darin Ruf on his positional comfort levels, after being a first baseman through much of his career and trying to add left field to his repertoire-

I mean, sometimes (there's a lack of comfort in left field), but I think that whatever's hit out there I have a chance of getting. It's gonna take a little while before I see every ball and know what it's gonna do. That way, the more balls I get, the better reads I can make in the long term. Line drives, balls with spin, balls that carry, they all travel differently and in the outfield you've got to take different paths, so the more opportunities, the more chances I get the more comfortable I'll be out there.


Ruf on playing ball in the off-season-

I'm going to Venezuela to play with Jorge Velandia's team, the Tiburones. I'll probably be doing the same thing. I'll be playing some first, playing some left field, DH'ing a little bit. I'll do that for about seven or eight weeks then I'll have my off-season.


Righty reliever Tyler Knigge speaking about the confidence level Wathan had in him, to let him work out of a jam in the 8th inning of game 1, while lights out closer Justin Friend was ready to enter the contest-

I'm glad he had faith in me. I knew I could get through that inning. That kind of decision takes a lot, especially when you have a closer like Friend. It just goes to show that he has faith in his whole team.