This Happened...You Can Breathe Now 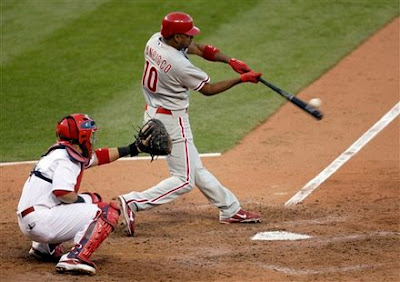 The 3-run blast by the man known as "Benny Phresh" provided the Phillies with all the offense they would need, as they downed the Cardinals 3-2.

Left-handed hurler Cole Hamels earned the win, as he threw 6 scoreless inning and struck out 8 Cardinals in the process. For Hamels, it was it was his 7th career postseason victory.

Veteran reliever Ryan Madson, who has appeared in more postseason games (32) than any other pitcher in Phillies history, allowed a run in 1 2/3 innings but preserved the win and notched a save.