By Jay Floyd October 22, 2011
This week United States Senators Frank Lautenberg (D-NJ), Dick Durbin (D-IL), Tom Harkin (D-IA), and Richard Blumenthal (D-CT) called on the Major League Baseball Players Association to ban the use of all tobacco products on the field of play, in the dugout, and in the locker rooms at all MLB venues. As the premiere baseball league in the world is in the midst of its championship series, the politicians saw this as an opportune time to apply pressure with million of viewers, including children, tuning in nightly on television.

In a recent press release, the senators stated the following:

"During the upcoming negotiations over the bargaining agreement, we write to ask that the Major League Baseball Players Association agree to a prohibition on the use of all tobacco products at games and on camera at all Major League ballparks. This would send a strong message to young baseball fans, who look toward the players as role models, that tobacco use is not essential to the sport of baseball."

While the intention to prevent bad examples from being set for youth watching across the country is certainly good, I truly don't see much smokeless tobacco usage on televised games. It seems to me, this issue was much more prevalent a couple decades ago. Perhaps this group of political old timers is still living in the past. 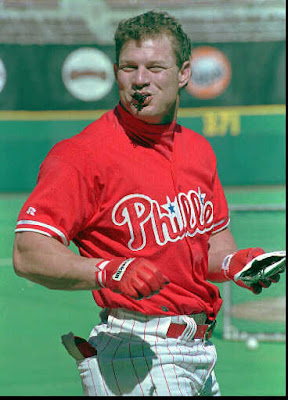 Perhaps the use of tobacco isn't the most appealing thing for children to witness while viewing a professional baseball game, but that also applies to spitting, physical crotch adjustments, usage of profanity, fighting, snot rockets, cheating, as well as Tim McCarver's commentary. Are those also suitable problems for the senate to address?

The fact of the matter is that athletes are adults and adults do things that children should not do. It's up to the parental figures in those youngsters' lives to guide and advise them on the ways of proper conduct in life. Unless the government is interested in banning a dozen other things done by players during live broadcasts, there will still be poor examples set for children on a daily basis, just like any other non-TV-Y rated program on broadcast television.