By Jay Floyd July 10, 2012
Phillies slugger Ryan Howard was spotted all around Kansas City, the host city for the MLB All-Star Game, on Monday, spending time with children, attending the All-Star HR Derby and hosting his own charity event. 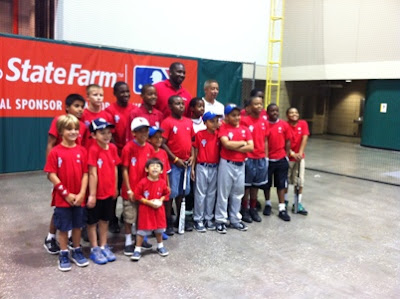 Early in the day, the 32-year-old three-time All-Star appeared at a State Farm Insurance sponsored Go To Bat event, which benefits local charities. 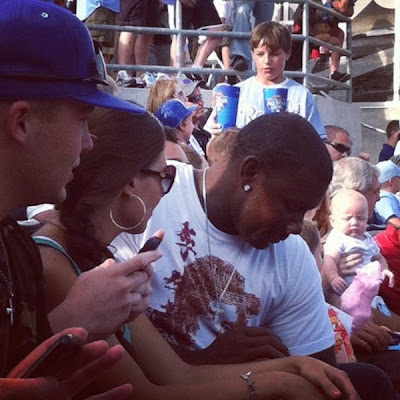 Following that, Howard, who recently returned to the Phillies' lineup after missing considerable time with a left Achilles tendon injury, mingled with the Kauffman Stadium crowd as he attended the MLB All-Star HR Derby, as a fan, with his fiance and son. The Derby was won by Detroit's Prince Fielder, who defeated Toronto's Jose Bautista in the final round. 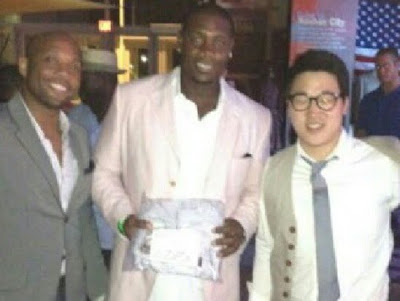 Later in the evening, at the Negro Leagues Baseball Museum, the Phils' cleanup hitter hosted a charity event to benefit the Ryan Howard Family Foundation.

Certainly, Howard's an All-Star off the field, even when he's not recognized as one on the field.