A big buzz name around the minor leagues this season is right-handed pitcher Sixto Sanchez.  The 18-year-old Dominican Republic native touts a high 90's fastball that steadily gets into triple digits, a solid slider and a change up that compliments the other offerings well.  On top of all that, his command is likely what impresses most of all.

In 56 1/3 innings for the Class A Lakewood BlueClaws the six-foot tall 185-pounder has struck out 54 batters while walking just six.

Much like many Phillies minor leaguers, the talented youngster uses his legs to drive toward home plate, he varies his speeds to his advantage and features a strong and consistent delivery.

Previously a shortstop as a youth player, Sanchez switched to the pitcher's mound three seasons ago.

He has transitioned remarkably, displaying strong poise as he mows down the competition.  At this pace, it may not be long before Sanchez reaches the top level of the sport and has fans ready to check baseball betting options online with William Hill.

Recently, I spoke with Sanchez, with the help of a translator.  He spoke a bit about adjusting to the South Atlantic League, working closely with his staff mates and more.  Read ahead for that interview.

-I just wanted to get your thoughts on your  2017 so far, with all your success.

-Is there any feedback you're getting from the coaches that is helping you along?

Yeah, they look out for me.  Make sure I do things right.  They're helping me thus far in my career.

-How about the competition here?  Was it an easy adjustment to pitch in this league?

There's really good competition here.  It's not that easy.  But, I try to do what I can.

-Other pitchers on the staff have performed well also.  Does that help you, being on a staff with other pitchers that are enjoying success?

Of course, that's helping me. That makes the job easier because we talk together and we keep on communicating every start to get better and help each other.

-When you signed with the Phillies, was there anything about the Phillies organization that made this team appealing more than others?

Yeah, I liked the organization.  I wanted to sign with the Phillies from the start.

-There used to be some appeal for Latin players that the general manager was bilingual and could speak Spanish.  Is there anything now that makes the Phillies a place you would want to go?  Something specific?

It's hard with the language and the team tries to help us speak English.  So, I'm trying to get better with English.

-That campus that the Phillies built in the Dominican Republic with the dorms, have you spent time there over the off-season?

Yeah, we take English classes in the Dominican.  They make sure we work.  So, it's a long process. 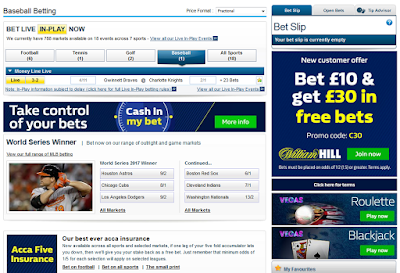 -Is there any player from your youth that you used to watch that you found appealing and maybe wanted to emulate?

Yes.  As a kid, I liked Pedro Martinez.

-Only with the Red Sox?

-Do you have goals moving forward the rest of the year?

I just want to keep learning and help the team win.  Would be great if the BlueClaws could make the playoffs.