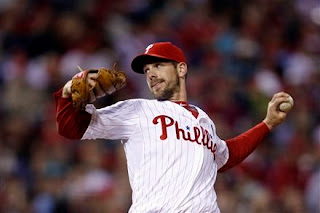 With the worst offense in the major leagues, the Marlins (55-94) seem to be an ideal opponent for a Phillies (69-80) team looking to avoid their first losing season since 2002.

The Phils have been victorious in five straight games against Miami.

Read ahead for full details in the pitching match ups and plenty more details from this series.


Adeiny Hechavarria is batting .201 in 55 games since the All-Star break.  In 13 games against the Phillies this year, Hechavarria is sporting a .191 batting average.

Chris Coghlan is batting .148 in 10 games against the Phillies this season.  Coghlan is a .347 career hitter in 92 games after the All-Star break.

Jimmy Rollins is batting .209 with a double in 13 games against the Marlins this year.  Rollins has a .223 average in 51 games since the All-Star break.

Kevin Frandsen is batting .179 in 47 games since the All-Star break after batting .297 in 61 games prior to the midsummer classic.  Frandsen is a career .301 hitter in 91 games at Citizens Bank Park.

In nine September games, Carlos Ruiz is batting .394 with four doubles and 12 RBI.  Ruiz has posted a .320 average in 45 home games this season.