By Jay Floyd July 29, 2013
Prior to Lakewood's 4-3 walk-off victory over Greenville on Sunday, I spoke with a couple of the team's coaches and a pair of players. Manager Mickey Morandini shared his thoughts on several of his players, while pitching coach Aaron Fultz talked about how big confidence is for pitchers and injured hurler Yoel Mecias. Corner infielder Willie Carmona and outfielder Larry Greene Jr. each discussed their improvements at the plate.

Read ahead for all the exclusive quotes straight from Lakewood. 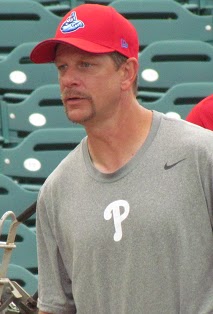 On guys like Mitch Walding, Chace Numata and Art Charles having trouble keeping their batting averages in respectable ranges-

I mean, the averages aren't good overall. Take Willie (Carmona) out of the mix, I mean, throughout the lineup the averages aren't where they want them to be. In Art's defense, he's hit a lot of balls hard, right at people, so I don't think his average is truly reflective of how he's hit. The other guys are pretty much where they should be, based on what they've done, but, you know, I think their goal is to get to that .250 mark. If they can get to that .250 mark, I think it'll be a successful season for most of them.


On Carmona and his progress at the plate of late-

Yeah, early in the year he was taking a lot of pitches and wasn't very aggressive in the strike zone. We talked to him numerous times about being more aggressive and being a run producer. And about early May, mid-May, he started being more aggressive in the strike zone and started having success with it. And now, heck, he's squaring up to at least two balls a game, driving balls, driving in runs, hitting some home runs. Obviously, he's been a big part in the middle of our offense.

I don't know about Watson. I don't know what their plans are for him. I haven't heard anything on Shane. I know he's progressing well, I think he's gonna be fine. He's probably gonna do some pitching here in August. That's pretty much all I know.

With Quinn, we're still kind of up in the air. The hope is he can start doing some baseball related things really soon here. But, they're gonna be real cautious with him, I think. In a perfect world, he'd play the last two weeks as long as he's 100%. If he's not, they'll probably just shut him down and get him ready for instructional league.

I think (Quinn)'s been on the field, but he can't catch with (his glove) hand yet. So, I think they've been working on his throwing a little bit, getting his throwing arm in shape, but he has not been able to do anything with his left hand other than strengthening exercises and things like that. 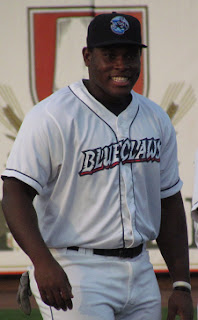 On his hot two months, as he was batting .347 in June and July heading into action on Sunday-

I'm just riding the wave, I guess. I mean, things started to turn around fast and I've just tried to stay consistent, or as consistent as I can at least.


On if he expected this type of production out of himself last year, when he was drafted by the Phillies in the 11th round-

I've always been a highly confident person. I've always expected the most out of me. So, when I look at numbers like that, to me, it's like that's what I'm supposed to do. That's what I work so hard to do. So, I mean, they are inflated. You can't hit like that your whole life, I mean, you try to at least.


On who has been the biggest help to him, since turning pro-


On what the best thing about playing in Lakewood is-

The best thing is- great stadium and great fans. We travel around the Sally League and we, without a doubt, have the best stadium and the best fans. Hands down. 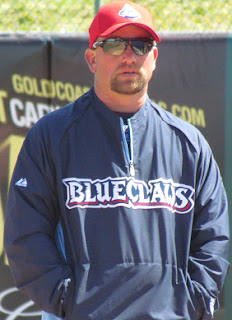 On how confidence can be really key for pitchers-

For a pitcher, it sounds kinda weird to say, but the more confidence you have, the more you're going to finish your pitch and believe in it. And it just gives you that little extra finish and that finish can be the difference between getting the ball two inches above the knees or two inches below the knees. And above the knees (can be) a double or a home runs and below the knees, it's a ground ball. This game, hitting's the same way, but pitching- confidence it 95% of it, because at this level, most of them have the stuff, it's just being able to repeat it and the confidence makes it easier to do that.


On if there are pitchers (aside from Nic Hanson, who has shown great improvements) that have displayed a solid increas in their confidence levels-

There's several. (Jeb) Stefan's one that pops out. 'Cause, you know, I had a lot of these guys last year (with Williamsport), and just seeing the growth from last year to this year is a big difference.


On the progress and future for lefty Yoel Mecias, who required Tommy John surgery in June after representing the BlueClaws in the SAL All-Star Game-

Yeah, that was pretty disappointing to see him go down. To me, he's (going to be) a big league starter. He's got the arm. Great change up. Big league change up now. His breaking ball needs a lot of work, but he's still 20 years old. So, he really impressed me a lot. I didn't get to see him last year, but what I was this year, was really good. 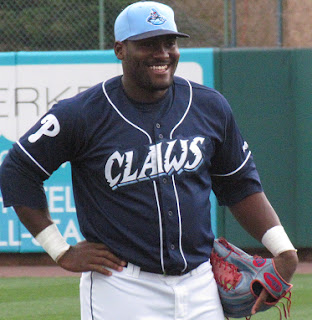 On his average (prior to Sunday's game) sitting at .285 in the second half, which is considerably higher than his .182 mark prior to the All-Star Break-

I'm just keeping my focus up and staying on my grind every day. I mean, just working really hard in the cage and taking what I do in the cage into the game. And it's just been working so far.

I'm really pleased, but it can always get better. So, there's a lot of work to be done and the season's not over yet, so I mean I've got a lot of work to do and I'm just trying to do it right now.


On if he expects to play in the fall instructional league-

Maybe, maybe not. But, um, I think I should. I think it would help me out with my game a little more. If it happens, it happens. If not, I'll just work my butt off in the off-season.


On what the best thing about playing in Lakewood is-

It is (the fans). I mean, I play the game for the kids. It's fun for them and they look up to us and I just try to do my best for them and I like talking to them. They're little stars, so it's really nice here and it's good fans.