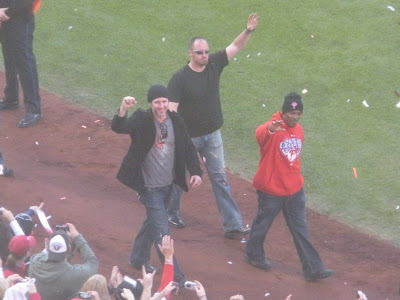 Yes, I am still the happiest boy in B-town. My team won the WORLD SERIES!

A few news notes from Phillies-land...
NL Gold Glove Awards were announced today. Shane Victorino and Jimmy Rollins won at their respective positions.
Third base coach Steve Smith will not return to the team next season.
So Taguchi will also not be back next year, as he was officially released today.