No MVP in Philly this season 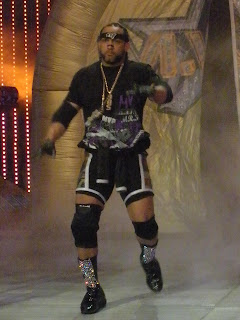 Albert Pujols won his second National League Most Valuable Player award on Monday. Pujols was the only NL player to appear on every submitted ballot. That's right, pholks. There were writers who did not even place as low as a 10th place vote toward the guy who led the majors in homeruns and RBI. Psst, that's Ryan Howard with 48 homers and 146 RBI, if you don't know who I was speaking of. This breaks the Phillies' streak of two consecutive MVP's. Howard won in 2006 and Jimmy Rollins won in 2007.

Brad Lidge was the only NL player to receive a first place MVP vote, besides Pujols and Howard. Lidge finished 8th overall in the voting for the MVP honor. He also finished 4th in the Cy Young Award voting.

Luckily, the World Champs are only coming up short when it comes to individual awards. Charlie Manuel finished second in NL manager of the year voting as well. Lou Pinella of the Cubs won that award.


Side note...With Jimmy Rollins and Chase Utley blocking the way in the middle infield spots, our Phillies are seeing what else Jason Donald can do on defense. Donald is getting some time at 3rd base in the Arizona Fall League. Donald is also playing some second base, but has regularly been a shortstop. Through 24 games for the AFL's Mesa Solar Sox, J-Don is hitting .414 with 5 homers and 17 RBI. Donald's OPS (on-base % + Slg %) is a very tremendous 1.238!

The 3rd round pick from 2006 is a righty batter, so my question to ponder is....when does Donald see time in left field?

Anonymous said…
I have to say I wouldn't give Howard the MVP either. This might not be a popular opinion with those of you who read my hubby's blog, but so be it. I do agree that Lidge should have won, but other than him, I don't see any other Philly as being that "valuable". If it were not for Lidge they wouldn't have had a post season. Can we say that for anyone else on that team? I'll always be a Philly Phan, I just see this WS win as a collective effort. Howard wasn't consistant, or the most valuable. He wouldn't get my vote either.

Anonymous said…
I agree with Nik Nasty that Howard should not have won MVP this year. He is so inconsistent to even have received the amount of credit during the season and the post season that he did. On the other hand, where does Brad Lidge fit in. If there was ever a pitcher on the Phillies team as a reliever that did deserve to win, my vote is for Lidge.