Phils wrap up unique draft with some promising selections 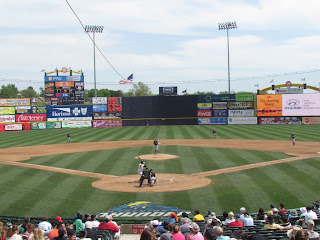 The 2020 MLB amateur draft is complete and the Phillies selected a nice collection of talent.

In the face of the global pandemic, Major League Baseball chose to shorten this year's draft, as a cost-cutting measure, from 40 to five rounds.  Despite the abbreviated draft this year, there is plenty to be excited about.

Following the first round on Wednesday, in which the Phils selected high school hurler Mick Abel, the team waited until the third round to make their next selection.  They had to surrender their second round selection after signing qualified free agent Zack Wheeler last off-season.

On Thursday with their third round pick the Phils chose college junior shortstop Casey Martin.  Projected as a borderline first rounder, the righty hitting 21-year-old notched a .311/.393/.545 slash line with 30 homers, 24 steals and 112 RBI in 143 games through his college career at Arkansas.  A super talent, Martin was a collegiate freshman All-American two years ago.  He's projected as a guy that could change positions and land as a second baseman or a center fielder as he moves through the pro ranks.

In the fourth round, the Phillies selected right-handed pitcher Carson Ragsdale out of the University of South Florida.  The 22-year-old stands six-feet-eight and is listed at 225 pounds.  A likely reliever, Ragsdale throws a mid-90's fastball, with an excellent curve ball and a fair change up.  In four starts this year, Ragsdale notched a 1-0 record with a 2.84 ERA while striking out 37 and issuing seven walks in 19 innings of work.  There is plenty to like about this guy's upside.

Outfielder Baron Radcliff was tabbed as the Phils' fifth round draft choice.  The Georgia Tech junior is projected as a big power guy.  In 16 games this year, the 21-year-old lefty batter posted a .259 batting average with three home runs and 17 RBI.  His father Vic was a 4th round draft pick of the Royals back in 1995 and he played five seasons in the minor leagues.  Radcliff could be a stereotypical big power guy that slugs and strikes out a lot.  Other well known Phillies fifth rounders include Ryan Howard, Rhys Hoskins and Mickey Morandini.

I will be joining John Stolnis on his podcast to speak more about the Phillies' draft, the 2020 minor league season, or lack there of, and more.  That episode is due out on Friday and I'll post the show when it's available.