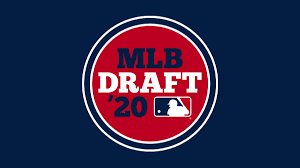 Please consider supporting my work and subscribe to my Patreon page.  Your patronage will get you exclusive interviews and other prospect related material as well as early access to all of my other content such as this post.  Thank you.

With the 15th overall selection in the 2002 MLB Amateur Draft, the Phillies chose right-handed pitcher Mick Abel out of Jesuit High School in Oregon.  The 18-year-old was widely ranked as the top high school pitcher in this year's draft.

Per MLB.com, based on his build, arm strength and repertoire, he's drawn comparisons to Stephen Strasburg and Mike Soroka.

Abel is the first high school pitcher from Oregon taken in the first round since the 1994 draft when the Kansas City chose Matt Smith.

Due to the global Coronavirus pandemic, Abel did not pitch competitively in school this year.  However, he has been throwing bullpen session to Orioles prospect and last year's top overall draft pick Adley Rutschman, a former Oregon State backstop.  The elder battery member noted to Baseball America that he couldn't believe the offerings he caught from Abel were thrown by a high schooler.

Last year in his junior season, Abel, an Oregon State commit, sported a 1.26 ERA and a 13.8 K/9 mark in 72 1/3 innings of work while helping his school lock down a state championship.

The pitch menu for Abel includes a low-to-mid-90's fastball, an effective slider with good movement, a quality curve ball and a change up that earns raves and features sink.

There will not be a second round pick for the Phillies this year, as the team forfeited their selection after signing qualified free agent pitcher Zack Wheeler.  Their next pick will come at 87th overall in the third round.

Round two through five of this year's draft take place on Thursday, beginning at 5pm Eastern.  MLB announced last month that this year's draft would be reduced to just five rounds as a cost-cutting measure in the face of the pandemic and a 2020 season that remains on hold.

The Phils took shortstop Bryson Stott with the 14th overall pick a year ago.  The UNLV product notched a .295 average with six homers and 27 RBI in 48 games mostly with Class A short-season Williamsport as a 21-year-old.  Stott was honored as a New York-Penn League All-Star for his efforts.

Twenty years ago this week, the Phillies selected second baseman Chase Utley out of UCLA in precisely the same spot in the draft.

Videos of Mick Abel can be viewed in the embedded media players below.