By Jay Floyd June 27, 2020
The following  post originally appeared on my Patreon page, https://www.patreon.com/phoulballz.  In order to get breaking news, exclusive interviews, early access and other content, please consider supporting my work there for just $5 per month. 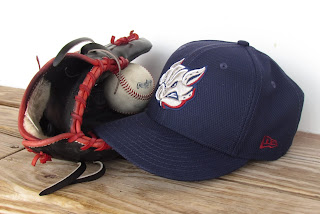 The long awaited announcement of a return for Major League Baseball came on Tuesday, as the league and the players have come to terms on a 60-game regular season schedule set to begin on either July 23rd or July 24th.

The announcement comes on the heels of months-long negotiations between the two sides, as they struggled to agree on a way to safely come back from the Coronavirus related hiatus.

With some rule tweaks, MLB will proceed despite considerable rises in COVID-19 cases in Arizona, Texas and Florida, where many games will be played.

The National League will use the designated hitter.

The trading deadline will be August 31st.

Much like the method used in the minor leagues in recent years, each frame in extra innings will begin with a runner on second base.

Teams will utilize a taxi squad, which will allow the clubs to have as many as 60 players available to play in big league contests.

On that taxi squad rule, those reserve players will train together at a separate site.  Intrasquad games will be permitted in order for players to stay game-ready.  Per a source, the Phillies will use Allentown's Coca-Cola Park, home of the Triple-A Lehigh Valley IronPigs as the facility for their backup personnel.  Additionally, minor league players have begun to receive calls about reporting to be part of this taxi squad.