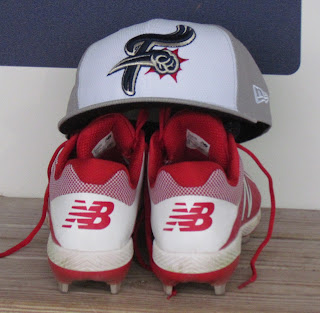 On Tuesday, Minor League Baseball announced that its 2020 season would be cancelled as a result of the COVID-19 pandemic. For me, it's worth mentioning that supporters of my work through Patreon got that news six weeks ago.

Per a press release from the Triple-A Lehigh Valley IronPigs, team general manager Kurt Landes had this to say:

On behalf of the entire IronPigs organization, I promise that when the 2021 season arrives it will be our best season ever. More promotions, more fun and more entertainment. We’ll honor our front-line heroes, recognize our essential workers and heal together – all while taking in our national pastime.

From a press release, Class A Lakewood BlueClaws president Joe Ricciutti shared, "This is news that we had hoped we wouldn’t have to share, but unfortunately we will not be playing baseball at the Jersey Shore this summer."

2020 was set to be the 20th season in Lakewood. The team has stated that many of their planned 20th season celebrations will be rescheduled for 2021.

The Double-A Reading Fightin Phils offered this feedback in their statement on the cancellation:

We miss seeing all of our Phillies Double A players – working hard toward their dream of making the big leagues. We know how much those players are missing baseball right now and we are excited to see them play again next season. And most of all, we miss all of you, our fans, for you are the reason that we all love working here – throwing 70 baseball parties for our fans each season is what drives us to be great. But we will work through this together and focus on better days ahead when we can all return to America’s Classic Ballpark for an R-Phils ball game.

Despite the lack of a regular season for Phils prospects this year, keep it locked here and on my Twitter feed for updates, interviews and exclusives on the future of the Phillies organization all year round.