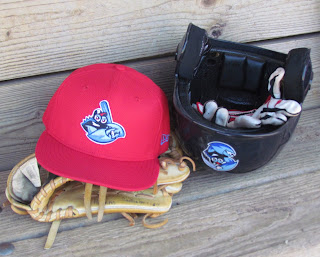 In minor league playoff action on Wednesday night, Lakewood was the lone Phillies affiliate to come out victorious out of three teams that played.

In their Class A South Atlantic League divisional series opener, the Lakewood BlueClaws recorded a 4-2 victory by plating a run on a wild pitch and another on a clutch single by infielder Jose Antequera in the 9th inning to break a 2-2 tie at Kannapolis.

Righty reliever James McArthur tossed two scoreless frames to notch the win.  Zach Warren struck out the side to record a save.

Lakewood will return home needing a win to lock down the best-of-three series on Friday with a trip to the SAL championship series on the line.  Game three is slated for Saturday night, if necessary.

Class A Advanced Clearwater, needing a win to lock down a divisional series clinch, after winning game 1 on Tuesday, fell on the road at Daytona by a score of 6-5.

Despite take a 4-0 lead in the top of the 1st inning, thanks to RBI hits from catcher Henri Lartigue, third baseman Luke Williams, designated hitter Edgar Cabral and a sacrifice fly by left fielder Grenny Cumana, the Threshers still fell.

Clearwater starting pitcher Alejandro Requena was chased from the contest in the second inning, after he was tagged for six runs (three earned) in just 1 1/3 innings.

The Phillies' 2016 top overall draft pick Mickey Moniak is 1-for-9 with an RBI in the series thus far.

The deciding game three is set for Thursday in Daytona.

At the Triple-A level, the Lehigh Valley IronPigs fell to Scranton-Wilkes Barre by a score of 3-2 on a walk-off homer in the 9th.