Another night, another pair of losses in minor league postseason 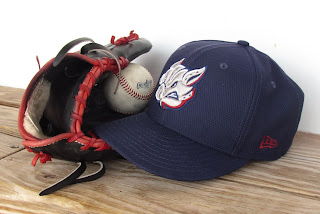 Just as both teams had done on the previous night, the Triple-A Lehigh Valley IronPigs and the Class A Advanced Clearwater Threshers dropped their respective postseason contests on Thursday.

The IronPigs face elimination from the International League playoffs after falling behind 0-2 in the best-of-five opening round to divisional rival Scranton/Wilkes Barre.

For the Railriders, 23-year-old lefty Nestor Cortes tossed eight innings of one-hit ball to help shut out the IronPigs by a score 3-0 on Thursday.

Catcher Andrew Knapp collected the only safety for the Pigs in their losing effort.

For the Threshers, unfortunately, the loss ended their 2018 run, as they lost the last two games of the best-of-three series, after winning the opener on Tuesday, to lose in the opening round of the Florida State League playoffs.

Clearwater (77-60) wrapped up the season with the league's most wins.

Left fielder Grenny Cumana went 3-for-4 with an RBI in the losing effort.

Phillies outfield prospect Mickey Moniak went 2-for-13 with a steal in the three-game series.

The IronPigs return to action on Friday night at home as they'll need to win three straight from S/WB to advance to the IL finals.

Also in action at home on Friday night will be the Class A Lakewood BlueClaws, who need to win one more game in order to advance to the South Atlantic League finals.