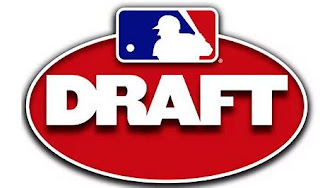 With their initial pick on the second day of this year's amatuer draft, the Phillies selected college outfielder Ethan Wilson.

The 21-year-old posted a .313 average with seven homers, 30 RBI and 10 stolen bases in 54 games this year in his junior season at the University of South Alabama.

Listed at six-foot-two, 213 pounds, Wilson was touted as one of the best all around hitters in the 2021 draft class.  The lefty batter is described as a contact hitter that sports a favorable strike out rate and can really unleash some raw power when he has the right approach.

Chosen number 49 overall, Wilson had been considered a possible first round pick prior to the draft this year.  He projects to be a contributor in the middle of a big league batting order.

The 17-year-old has a wide-shouldered frame and boasts some solid speed.

Viars is an Arkansas commit who was ranked as the top high school outfielder in the state of Texas.

Fourth round pick Micah Ottenbreit is a right-handed pitcher selected out of high school in Michigan.  The 18-year-old was ranked by some as a top-100 talent in this year's draft.  The Phillies got him at 114th overall.

The Phils chose right-handed hurlers with their 5th, 6th, 7th and 8th round picks (three collegiate arms and one high schooler) as well.  8th rounder Jason Ruffcorn is the son of former Phils pitcher and 1991 first round pick of the White Sox, Scott Ruffcorn.

High school outfielder Gavin Tonkel was the team's 9th round choice.  A righty batter, the 18-year-old was a .400 hitter this year in his senior season.  He's committed to play college ball at Sacramento State, the same school that produced Rhys Hoskins.

The final pick of day two for the Phils was Logan Cerny, a right-handed hitting outfielder out of Troy University.  In 51 games this year for the Trojans, the 21-year-old posted team-bests in each of the following- .332 average, 17 doubles, four triples, 15 home runs and 47 RBI.

The 2021 MLB amateur draft is set to conclude on Tuesday with rounds 11 through 20 taking place.