By Jay Floyd July 11, 2018
A tap on the shoulder from the skipper while sitting at your locker after a game can usually mean you did something wrong on the field and a talking to is in order.  For Adam Haseley on Monday night, it was a little bit of a better meeting than what initially may have crossed his mind.

The Phillies' first round draft selection (8th overall) from last year was informed after Clearwater's contest on the road at nearby Dunedin by manager Shawn Williams that he had earned a promotion to Double-A Reading.  There was relief and joy all at once.

The production is exciting to see for many, as Haseley, a University of Virginia product, struggled out of the gate this season, sporting a .222 average after two weeks of the season.  Since then, he's batting .315 and has looked comfortable at the plate in his first full season of professional baseball.

"I think it was just kind of getting adjusted to the league," Haseley stated during a phone interview on Wednesday.  "I think that takes time."

Haseley also asserted working closely with Phillies roving hitting coordinator Andy Tracy and Threshers hitting coach John Mizerock, to iron out some mechanical or approach concerns, was beneficial to the strides he has taken during his 2018 campaign.

Prior to the season, Haseley didn't quite envision a move or a promotion.  He chose to take a simpler approach.

"At the beginning of the season, I didn't really have any level goals," Haseley shared.  "I just wanted to one; get better and two; continue working on the stuff that I had been working on in the off-season.  I think I did both of those things in Clearwater and I hope to continue them in Reading."

With Reading off for the Eastern League's All-Star break, Haseley was able to move his belongings back to his native Orlando, then plan his travel to Pennsylvania.  A relaxed path that most players that are promoted, and needed by their new team with urgency, don't get.

In recent weeks Reading has added a pair of other Threshers, first baseman Austin Listi and pitcher Connor Seabold.  Both of those players lived with Haseley in Clearwater, so his addition to the Fightin Phils roster completes a trifecta of roommates moving north for some summer baseball.

Another Threshers teammate of Haseley is 2016 first overall draft selection Mickey Moniak, who hasn't been able to shake offensive difficulties the way Haseley has.  Through 70 games, the 20-year-old sports a .240 average with two homers and 32 RBI.  The elder first rounder remains confident in the left-handed hitting Moniak, who is one of the league's youngest batters.

"I think for the last month and a half maybe two months now I think he's really swinging (the bat) a lot better," Haseley said of his good friend.  "He's just so young.  It's kind of hard at that age that he's at that level.  I think he's performing better and better as the weeks go by." 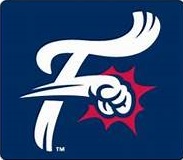 On his new home park, Reading's FirstEnergy Stadium, Haseley has already heard about the venue's reputation of being a place that can be advantageous to hitters.  He's looking forward to upgrading from finger taps to the Fightins' fist so he can test the waters in the Eastern League and face some better competition.

"The arms are going to be that much better, so with some guys saying the ball travels a little bit better, it's kind of give and take of whatever side you want to look at.  But, I'm excited to get there and get going."